Ipamorelin (or NNC 26-0161) belongs to regulatory peptides because it is GH releasing protein; Its chain is quite short and only consists of five amino acids. Its molecular mass/weight is 711.86 and its molecular formula is C38H49N9O5. Ipamorelin was synthesized as innovative and novelty mimetic of ghrelin therefore it possesses ability to enhance gastric motility. There are few ongoing clinical trials with ipamorelin at the current moment. The first studies on HGr-peptides including NNC 26-0161 started in early 1990s. Also this research compound is a selective secretagogue of G-hormone and ghrelin receptor's agonist. As other proteins ipamorelin reacts with GHRP-like receptors to release growth hormone from pituitary gland. But unlike few other peptides of hormones nature this pentapeptide doesn't release same volume of such compounds as cortisol and acetylcholine, and that makes it a very good candidate for future researches. Furthermore, NNC 26-0161 is more stable form of ghrelin and has longer half-life period, and it causes secondary effect by making neurons to become excited.

Ipamorelin is a fascinating new muscle building discovery that is getting a lot of attention in the bodybuilding world.It is a synthetic peptide that has powerful Growth Hormon releasing properties.And these GH releasing properties are what is of interest to athletes and bodybuilders since they can make a tremendous difference in the amount of muscle you can grow and how quickly you burn fat.
Ipamorelin is a penta-peptide.(Aib-His-D-2-Nal-D- Phe-Lys-NH2) And, the strength it displays may very well make regular old Growth Hormon (GH) obsolete.But what athletes and bodybuilders really want to know is what is this wonder peptide capable of doing, how is it used, and how does it compare to the other GHRP peptides?

Athletes are taking Ipamorelin in a 200mcg -300mcg dosage, two or three times daily, using a tiny insulin needle to inject.They usually start with the lower dose since side effects can include headaches or what feels like a head-rush.Ipamorelin can be taken at anytime but taking it about 30-45 minutes before a workout would seem ideal because of the pulse in Growth Hormon (GH) it creates allowing for maximum growth.
Studies on the effects of Ipamorelin on bone growth, body weight, and GH release showed some interesting conclusions.In one experiment, various doses were administered over the course of 15 days to test the group's reactions.

There was a distinct and dose-dependent effect on body weight gain however, the treatment group did not show a change in total IGF-I levels.Nor did the treatment group produce serum markers of bone development.For example, the number of cells in the wide portion of the tibia (the shinbone) did not change significantly.This is a good thing because it suggests muscle growth with less potential for deformity of bone or cartilage.

The reaction of the pituitary to an aggressive i.V.Dose of Ipamorelin showed that plasma GH levels were notably reduced whereas they were unchanged after a comparable dose of GHRH.This is actually a good thing as it suggests that Ipamorelin may not decrease your body's natural GH production - further demonstrating that Ipamorelin is a selective GH releaser.

Ipamorelin does not induce hunger making it advantageous to those on a restricted calorie diet.And obviously, Ipamorelin's side-effects are enhanced when combined with anabolic steroids since they too influence Growth Hormon/Insulin Growth Factor release and production.
Another document states that in healthy swine, Ipamorelin released GH with a consistency that is very comparable to GHRP-6.Also noteworthy was that none of the GH releasers tested affected FSH, LH, PRL or TSH blood serum plasma levels.

Ipamorelin in theory may increase Acetylchloine or Cortisol when used in higher dosages.However, and increase in Acetylchloine or Cortisol is even more likely with GHRP-2 and GHRP-6.In fact, in the case of Ipamorelin, there was little to no rise in Acetylcholine and Cortisol blood plasma levels even at injections more than 200 times higher than the effective dosage for comparable GH release.
This clearly proves that Ipamorelin is the first successful GHRP receptor agonist or chemical that binds to a receptor of a cell and triggers a response by that cell with a specific selectivity for the promotion of GH release by itself.

Another advantage to Ipamorelin is that it doesn't cause sudden spikes in prolactin or cortisol as does GHRP-2 and GHRP-6.Ipamorelin is slower in its delivery unlike GHRP's which spike GH levels at a more rapid rate.The slower release is more natural and has a more sustained effect.

All in all it looks as if Ipamorelin is the new wave in GH releasing peptides.It appear to be more potent, longer lasting and potentially safer to use in the long run.More studies are being conducted all the time but as it stands, Ipamorelin looks like a serious contender in the arsenal of anabolic advancement.

Ipamorelin is an interesting peptide taken 300mcg twice daily or you could lower the dose for 3 times daily, side effects are head rushs, I would recommend taking this 30 minutes before workout ,with gear, Ipamorelin is a new and potent synthetic pentapeptide which has distinct and specific growth hormone (GH)-releasing properties. With the objective of investigating the effects on longitudinal bone growth rate , body weight , and GH release, Ipamorelin in different doses (0, 18, 90 and 450 μg/day) was injected three times daily for 15 days to test subjects, After intravital Tetracycline labelling on days 0, 6, and 13, LGR was determined by measuring the distance between the respective fluorescent bands in the proximal tibia metaphysis. Ipamorelin dose-dependently increased LGR from 42 μm/day in the vehicle group to 44, 50, and 52 μm/day in the treatment groups . There was also a pronounced and dose-dependent effect on body weight gain. The treatment did not affect total IGF-I levels, or serum markers of bone formation and resorption. The number of tartrate-resistant acid phosphatase-positive multinuclear cells in the metaphysis of the tibia did not change significantly with treatment. The responsiveness of the pituitary to a provocative i.v. dose of Ipamorelin or GHRH showed that the plasma GH response was marginally reduced , after Ipamorelin, but unchanged after GHRH. The pituitary GH content was unchanged by Ipamorelin treatment. Whether Ipamorelin or other GH secretagogues may have a place in the treatment of children with growth retardation requires demonstration in future clinical studies. Before closing Ipamorelin is the most selective GH releaser you can get.

Ipamorelin doesn't create bumps in either prolactin or cortisol like GHRP-2 and -6. Ipa is a rifle bullet, not a shotgun blast like other GHRP's. Also it's great for those on relatively calorie restricted diets because it doesn't stimulate appetite.
Ipamorelin and Peptides are the way of the future ,expect in the next 5 years or less a dramatic change in the way we train and take the bodybuilding world by storm. 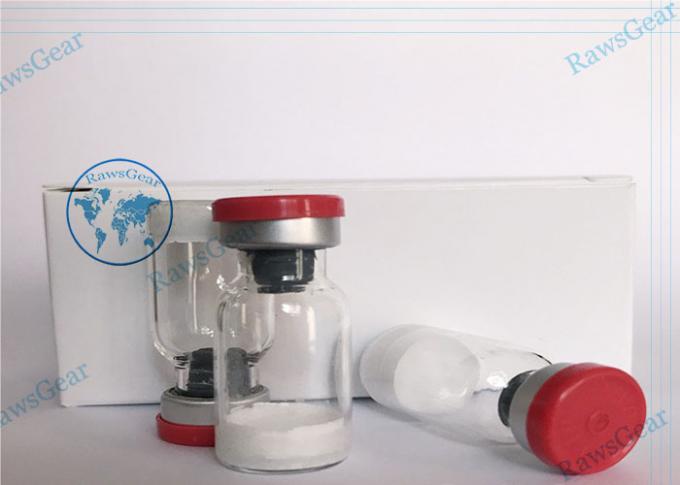 1. High Quality: our products have exported to Germany, Spain, UK, USA, Australia, Middle East, and so on

6. Fast Delivery:Package will be shipped with 3days after payment.We can send it via HKems, EMS, HK Air Post, DHL or other method.
Welcome to contact us!