Methylandrostenediol (methandriol for short) is an anabolic steroid derived from dihydrotestosterone. The drug itself is manufactured in two very distinct forms. The first is unesterified (straight) methylandrostenediol, which is used when making an oral medication with this steroid (although an injectable once existed in the U.S.).

It is also found as esterified methylandrostenediol dipropionate, which is prepared as an injectable. The added propionate esters in the injectable form extend the activity of the drug for several days. Basically, methandriol drugs are altered c17-alkylated forms of 5-androstenediol. Methandriol is classified as a weak anabolic with weak androgenic properties. It also seems to display some level of estrogenic activity, making this steroid less ideal for dieting. The drug is generally considered too mild, and is not widely popular among bodybuilders and athletes. Sometimes, however, it is used in place of other anabolic/androgenic agents in bulking stacks when available.

Methylandrostenediol was first described in 1935, making this a very old agent as far as synthetic anabolic steroids are concerned. Methylandrostendiol was developed into a medicine by Organon, which sold it in the United States under the Stenediol brand name in both oral (methylandrostenediol) and injectable (methylandrostendiol dipropionate) forms. Many other generics and other brands of methylandrostenediol soon followed, and the drug was a popular anabolic agent in the United States during the 1950’s. Methylandrostenediol was essentially the first steroid perceived to have a notable separation of anabolic (higher) and androgenic (lower) effect, a persistent goal of pharmaceutical developers. Early product literature described it as, “a steroid which has considerable of the male hormone’s tissuebuilding action without to the same extent causing virilization.” It was indicated for use as a, “tissue-builder in cases of retarded growth or failure to gain weight accompanied by protein wastage, negative nitrogen balance, or failure to build body proteins.”

Early assessments of methylandrostenediol being primarily anabolic in nature did not hold up well with later extensive use in humans. It was eventually determined that in doses sufficient to promote weight gain, its anabolic properties were accompanied by significant androgenic activity. Ultimately, this drug would be viewed as one of balanced anabolic and androgenic action, not as a highly anabolic agent as originally thought. Organon would go on to develop more effective anabolic agents, such as their 19-nor series of drugs including Durabolin, Deca-Durabolin, and Maxibolin, and eventually discontinued the Stenediol products. The other U.S. brand and generic forms of the drug would follow as well, although methylandrostenediol would persist in the U.S. scene for some time. Currently, no domestic source of the drug exists, although it is still found in certain international markets. It seems most prominent in Australia at the present time, where it remains included in a number of veterinary anabolic steroid products.

Methylandrostendiol is available in select human and veterinary drug markets. Composition and dosage may vary by country and manufacturer.

Methylandrostendiol is a modified form of dihydrotestosterone. It differs by: 1) the addition of a methyl group at carbon 17-alpha to protect the hormone during oral administration and 2) the introduction of a double bond between carbons 5 and 6, which seems to increase the anabolic strength of the steroid (partly by making it resistant to metabolism by 3- hydroxysteroid dehydrogenase in skeletal muscle tissue). Methylandrostenediol dipropionate contains methylandrostenediol modified with the addition of 2 carboxylic acid esters (propionic acid) at the 3-beta and 17-beta hydroxyl groups, which delay the release of free methylandrostenediol from the site of injection (depot).

Methylandrostendiol is not directly aromatized by the body, although one of its known metabolites is methyltestosterone, which can aromatize. Methlyandrostenediol is also believed to have some inherent estrogenic activity. It is, likewise, considered a weakly to moderately estrogenic steroid. Gynecomastia is possible during treatment, but generally only when higher doses are used. Water and fat retention can also become issues, again depending on dose. Sensitive individuals may need to addition an anti-estrogen such as Nolvadex to minimize related side effects.

All anabolic/androgenic steroids when taken in doses sufficient to promote muscle gain are expected to suppress endogenous testosterone production. Without the intervention of testosterone-stimulating substances, testosterone levels should return to normal within 1-4 months of drug secession. Note that prolonged hypogonadotrophic hypogonadism can develop secondary to steroid abuse, necessitating medical intervention.

Studies have shown that taking an oral anabolic steroid with food may decrease its bioavailability. This is caused by the fat-soluble nature of steroid hormones, which can allow some of the drug to dissolve with undigested dietary fat, reducing its absorption from the gastrointestinal tract. For maximum utilization, oral forms of this steroid should be taken on an empty stomach.

Early prescribing guidelines for Stenediol recommend a dosage of 25 mg given 2 to 5 times per week by oral, buccal, or intramuscular route. For physique- or performance-enhancing purposes, a typical dosage is in the range of 25-50 mg daily for the oral form, and 200-400 mg per week with the injectable. In order to keep blood levels more even with the injectable, it is generally administered once every three to four days. Cycles generally last for no more than 6 to 8 weeks, in an effort to minimize hepatotoxicity and strain on the liver and cholesterol values. This level of use is sufficient for moderate gains in muscle size and strength, which may be accompanied by a low level of water retention.

While it may be possible to use methylandrostenediol alone for muscle-building purposes, it is most often combined with other anabolics for a stronger effect. Combined with Deca-Durabolin or Equipoise, for example, measurable gains of hard muscle mass, without an extreme level of water retention, may be noticed. This is the general composition of most Australian vet blends that include methylandrostenediol. When looking for a more pronounced gain in mass, a stronger androgen such as testosterone may be added. The resulting growth can be quite exceptional, but the user will also have to deal with a much stronger set of estrogenic side effects. The drug sometimes also combines well with nonaromatizing anabolics such as Winstrol, Primobolan, or oxandrolone. The result here should be a more pronounced effect on muscle hardness, with a moderate gain of solid lean tissue.

Early prescribing guidelines for Stenediol recommend a dosage of 25 mg given 2 to 5 times per week by oral, buccal, or intramuscular route. Methylandrostenediol is generally not recommended for women for physique- or performance-enhancing purposes due to its androgenic nature and tendency to produce virilizing side effects. 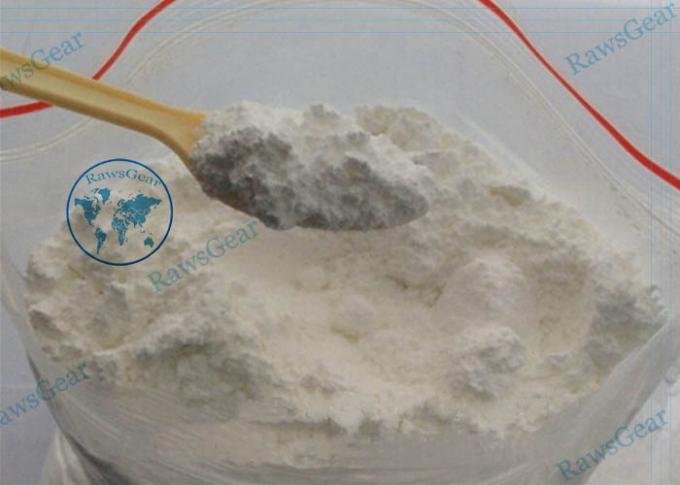