GHRP-6 is most generally used for the same purposes that GH might be used, but may be chosen where a cost advantage exists favoring GHRP-6, GH is not available, or the individual prefers the idea of stimulating his own GH production to injecting GH.

These purposes can include increased fat loss, improved muscle gain when used in combination with anabolic steroids, cosmetic improvement of the skin, and improved healing from injury.

There is no need to cycle GHRP use, and so therefore GHRP-6 may be used whenever it is thought to be useful for any of the above reasons. However, when usage is ongoing instead of short-term amplification of a steroid cycle or fat-loss program, I recommend limiting dosage to the minimum end of the suggested dosage range.

Increased effect from combining GHRP-6 with a GHRH:

While GHRP-6 is capable of inducing large increases in GH production when used alone, a given dose will show markedly more effect what a GHRH (growth hormone releasing hormone) peptide is taken at the same time. Alternately, when combining a GHRH with GHRP-6, only about half or a third as much GHRP-6 is needed to obtain the same increase in GH production.

For this reason, it’s a common choice to combine a GHRH with a GHRP, but excellent results are often obtained without doing so. A preferred choice of GHRH is Mod GRF 1-29 (also known as CJC-1295 without DAC.)

GHRP-6 is most commonly provided in small vials of 5 mg, which should be stored under refrigeration. (It is acceptable however for them to be mailed unrefrigerated.) The vial is diluted with a convenient volume of sterile or bacteriostatic water. For example, the vial might be diluted with 2.5 mL of water, yielding a solution of 2 mg/mL (2000 mcg/mL.) After the water addition, the vial again will be stored under refrigeration.

Injection may be subcutaneous, intramuscular, or intravenous according to personal preference.
Dosing will ordinarily be at least twice per day and preferably 3x/day for best effect, taken at least 30-60 minutes before a meal and at a time of non-elevated blood sugar (in other words, after blood sugar has had time to fall since the most recent meal.) The amount taken generally will be from 50-300 mcg at a time. When using a GHRH along with GHRP-6, dosing should be reduced to 50-100 mcg at a time.

For increase in GH levels, higher doses within the suggested range definitely increase effect. With regard to healing benefit, for example for tendonitis, the low end of the range is often entirely sufficient and noticeably greater effect is not necessarily seen with increased dose.

While there is no sharp cut-off between a solution of GHRP-6 still being good and having lost potency with time, as a general guideline, a vial should be used within a month of having been reconstituted. Past this, I would discard the vial and start a new one.

GHRP-6 and all GHRP’s are mimetics of ghrelin, a hormone produced by cells of the stomach in response to a fasted condition, including brief fasts. Ghrelin and ghrelin mimetics work by activating the ghrelin receptor, also called the growth hormone secretagogue receptor (GHS-R1a). Elevated ghrelin levels act towards increasing GH levels by stimulation of ghrelin receptors in the pituitary.

Injection of GHRP-6 or any GHRP stimulates GH release in essentially the same way as fasting-induced elevation of ghrelin levels. The effect can be markedly greater, however. Supraphysiological levels of GH are easily achieved with proper dosing of any GHRP.

Other activities of ghrelin, and potentially of GHRP-6

Ghrelin has many activities in the body besides stimulating GH release. It stimulates appetite, is cardioprotective, can help protect cells against oxidative damage, can reduce inflammation and promote healing, and can promote fat-burning in muscle. There is also some effect on increase in cortisol production via increase in ACTH, and increase in prolactin. However, where the activity of ghrelin is comparable to that which ordinarily occurs during fasting, effects on cortisol and prolactin likewise are comparably only to that experienced while fasting.

Ghrelin itself so far as I know has not been used as a performance-enhancing drug. In contrast, experience with GHRP’s is quite extensive. GHRP-6 in particular has in many cases been effective in treating tendonitis, which may well be due to its activity at the ghrelin receptor.

Broadly speaking, it’s long been a widespread view that fasting can in many instances provide healthful effects beyond simple fat loss. It’s speculative to say that increased ghrelin levels must be a major cause of such effect (if granting the effect), but it’s entirely consistent with the scientific literature that such elevation of ghrelin levels may have health benefits. Appropriate-dosed and cycled GHRP use may at least partially provide such benefits, particularly with regard to anti-inflammatory and healing effect.

There are indications in the literature of ghrelin acting to promote fat-storage, but this appears to be tissue-specific, for example in the liver. In bodybuilding, by no means has any such effect been apparent with GHRP-6. Instead, GHRP-6 has been effective as a cutting drug, provided that food intake is controlled.

Because some GHRP’s are equally effective as others in increasing GH but differ in effect on hunger or ACTH stimulation, it seems likely that there may be differences in ghrelin receptors between different tissues, or differences in function (for example with cofactors.) This is the most likely explanation for GHRP-6 being effective in stimulating hunger and helping heal tendinitis, while GHRP-2 stimulates hunger less and may have less value for healing.

For increasing GH levels, GHRP-6 is less effective in the presence of high blood glucose levels or high somatostatin levels, which result from high IGF-1 levels. For this reason, for best effect GHRP-6 should be taken while blood sugar is relatively low, for example about 30-60 minutes before a meal. GHRP-6 will have reduced effect if GH is being taken by injection, because GH increases IGF-1. Where GH use is limited to no more than about 14 IU per week, simultaneous GHRP-6 use probably still will increase GH somewhat further, but if GH use is greater than this then likely GHRP-6 injections will do little to nothing towards increasing GH levels any further.

GHRP-6 is a water based injectable that you will have to mix with bac water, and store. Remember, it is important to store GHRP-6 correctly after mixing it - in the fridge. It should be good for up to 3-4 weeks, so only mix what you plan on using during that time frame.

After you carefully mix it, this compound is typically injected subcutan eously with a slin pin. For best results, it must be taken daily, and users will typically do several injections per day in order to space it out. Interestingly, GHRP-6 works best if you take it when blood sugar levels are low, and you should not eat anything for an hour after using it.

If used solo, users will run 100-400 micrograms (mcg) per injection, and if stacked with another GH hormone, dosages can be cut in half.

GHRP-6 can effectively provide substantial increases in GH production. It’s typically taken 2-3 times per day by injection at times when blood sugar is not elevated. Cost is generally moderate. The only common potential adverse side effect is increased hunger. Common alternates include GHRP-2, hexarelin, ipamorelin, or GH itself. GHRP-6 also may provide benefits which GH does not, via its action at the ghrelin receptor in various tissues of the body. 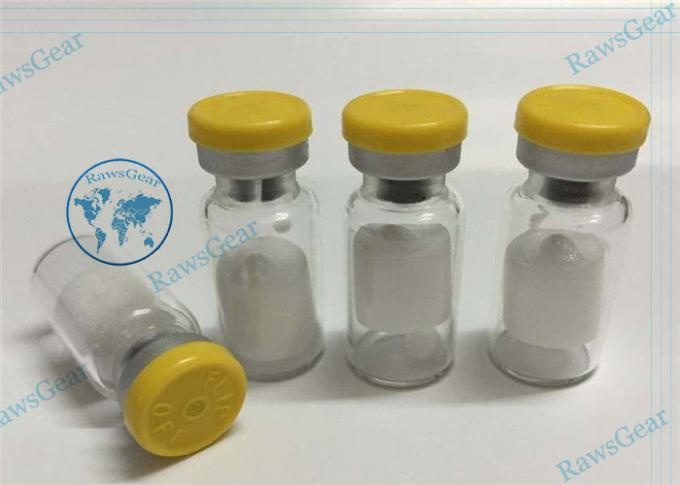 1. Professional team for package and shipment.Special way to ship 100grams to 100kg powders at one time to your country.

2. Fast and discreet shipment could be arranged for customs pass Guaranteed.

4. Many kinds of shipment, also can be as your requirement.

2. We have a more profound professional knowledge, you can do a full range of services.

5. Parcel can be sent out in 24 hours after payment, express delivery with DHL, EMS, HKEMS, TNT, UPS, Fedex and 24h after-sales service.